Deathfolk. With Magic:: Not a string of words one often reads together, and every reason to pull in a little closer. The imagery of alchemy and Grimm Reapers, BabaYaga, and space-time portals, the dark side of the moon, lived out on the backdrop of the day of the dead came to mind.

What twisted tale lies behind?

All my sense tingled…

What witchery shall come to pass …

All this under the guise of an actual full moon and a roaring fire.

After all, album art like this requires the right kinda mood – and some sage on standby. 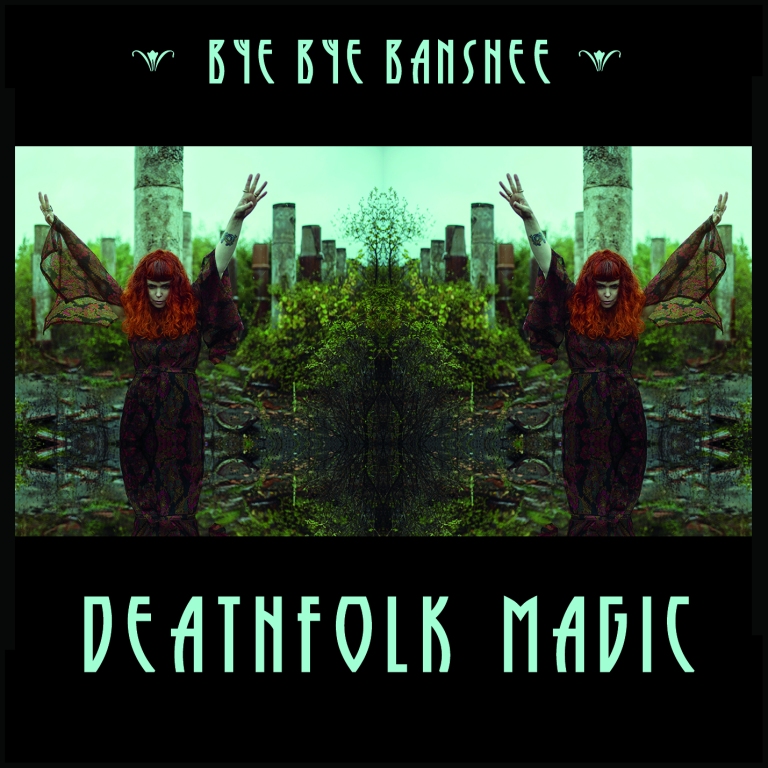 And then you hear that voice. Intoxication. Poison Ivy. Sirens Call. With an enchanted rasp, and a whole lot of flavour. Echoing like a seductive spell of the contours of your realms (and the realms in between).  With pure simplicity and witchy mockery – the priestess in the house.

Inspired by grief and loss, this unique music combines elements of alternative folk, classical and avant-garde styles to create modern, mindful songs about the end of life…and the nature of death.

The official memo goes on to read:

The first song, “If I Die in My Dreams”, explores the idea that our inherent fear of death is often linked to a fear of the Devil.  But superstitious tales add to the terror: if I die in my dreams, will I die in real life? Although the Irish Banshee is often misinterpreted as a terrifying creature–as weeping women often are–“Bye Bye Banshee” portrays her as a empathetic ghost; her tears tell stories of many deaths.  The song “Psychopomps” describes the spirit guides who surround a person at the end of life, comforting them as they transition into the land of the dead, while “Skull Rattles” acknowledges the decay of the body as nourishment for new life.

And it’s a good thing I’m a student of Alchemy and the Soul. Not Wicca or warty summons, but more the “women who run with wolves and Jungian Psychology, and the dreams that web realities and mysteries together.

With storytelling that centres on female folklore and mythology, Bye Bye Banshee’s first EP, Deathfolk Magic, will be released on October 5, 2018. The EP was recorded by award-winning engineer/producer Tom Garneau (Prince, Sting, REM), and features an impressive line-up of notable Twin Cities’ talent, including jazz musicians Chris Bates & JT Bates. Jones & the Bates brothers recorded most of the EP together live in a single session; then various instruments, from cello to lap steel to Hammond organ, were mixed with layered backing vocals to create this musical memento mori. The EP was produced by Jones and Jeff Crandall (Swallows, J.Briozo).

Everything else is magic and mystery. 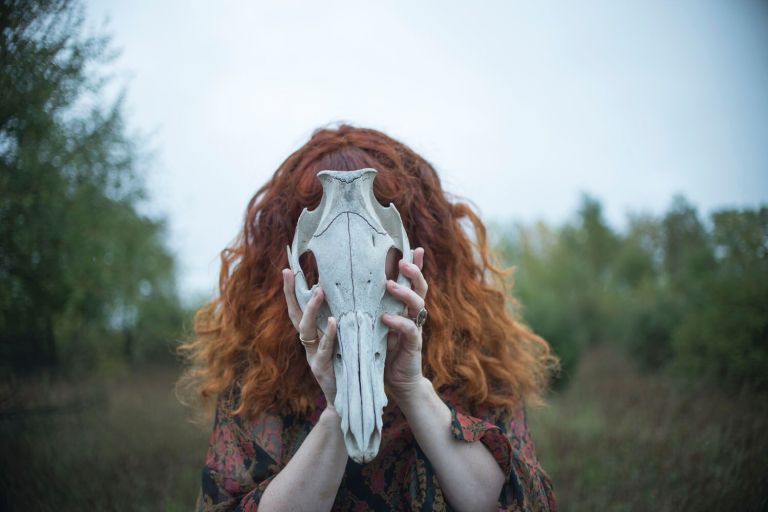 What once appeared simple is redefined as complex, and enchantment of orchestrated riffs, throwing every sound into humble perfection in just 4 tracks. Cinematic to the score.

Game of Thrones would love this. So would you.

Like water it flows over you. It’s something you can succumb too, as it pulls you into something ancient, profound, and otherworldly – but not tripsy.

Like earth it remembers you, grounds you,  and holds you. Pushes you up. Pulls you in. Lullabies the truth back into your heart.

Like fire it flickers illuminations and works perfectly by candlelight (trust me, my fire is enthralled by it)

and I can’t imagine loving any of the other (soon to be revealed tracks) as profoundly as “If I Die In My Dreams”.

Here’s the last will of elements.

With 4 last elements of wisdom.

It’s the kinda voice I would aspire to have. A true elemental. Notable. Distinguished. Wild. Potent. Pretty.

The art of musicology